Skip to content
Get a 10% discount with the code TOGETHER Limited offer !

These 12 cities that I present to you today are the ones that I consider the most beautiful at the time of this publication. It is quite possible that this will evolve over the next few months! Still, these are really nice cities, ideal for a day or a long weekend. On my list of cities to possibly add (and therefore to visit), there are in particular: Chester, Winchester, Canterbury, Bristol, the Cotswolds, Hastings and Hull. 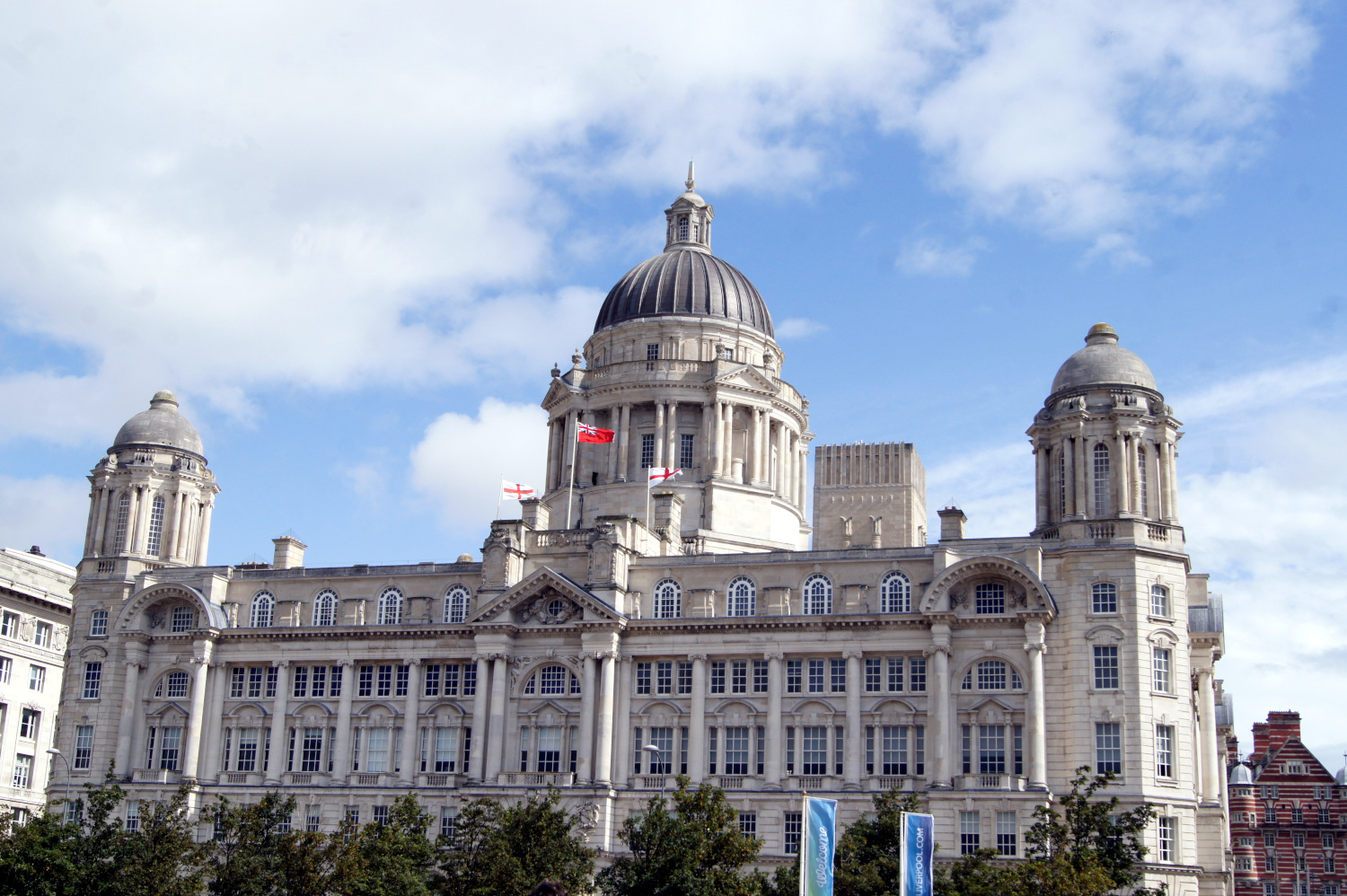 Nothing predestined me to appreciate Liverpool. I had bad images in my head, against the musical background of The Beatles (which I don't really like) and yet! Second favorite of the year, after Manchester, and I can't wait to be able to return. One day was clearly not enough, I really could only scrap the surface as they say here.

I don't know where my negative assumptions about Liverpool came from. Maybe bad memories from my British civilization classes at college? Still, this is the kind of nice surprise that I love so much: leaving with a negative idea and coming back with stars in your eyes. Successful bet for Liverpool! 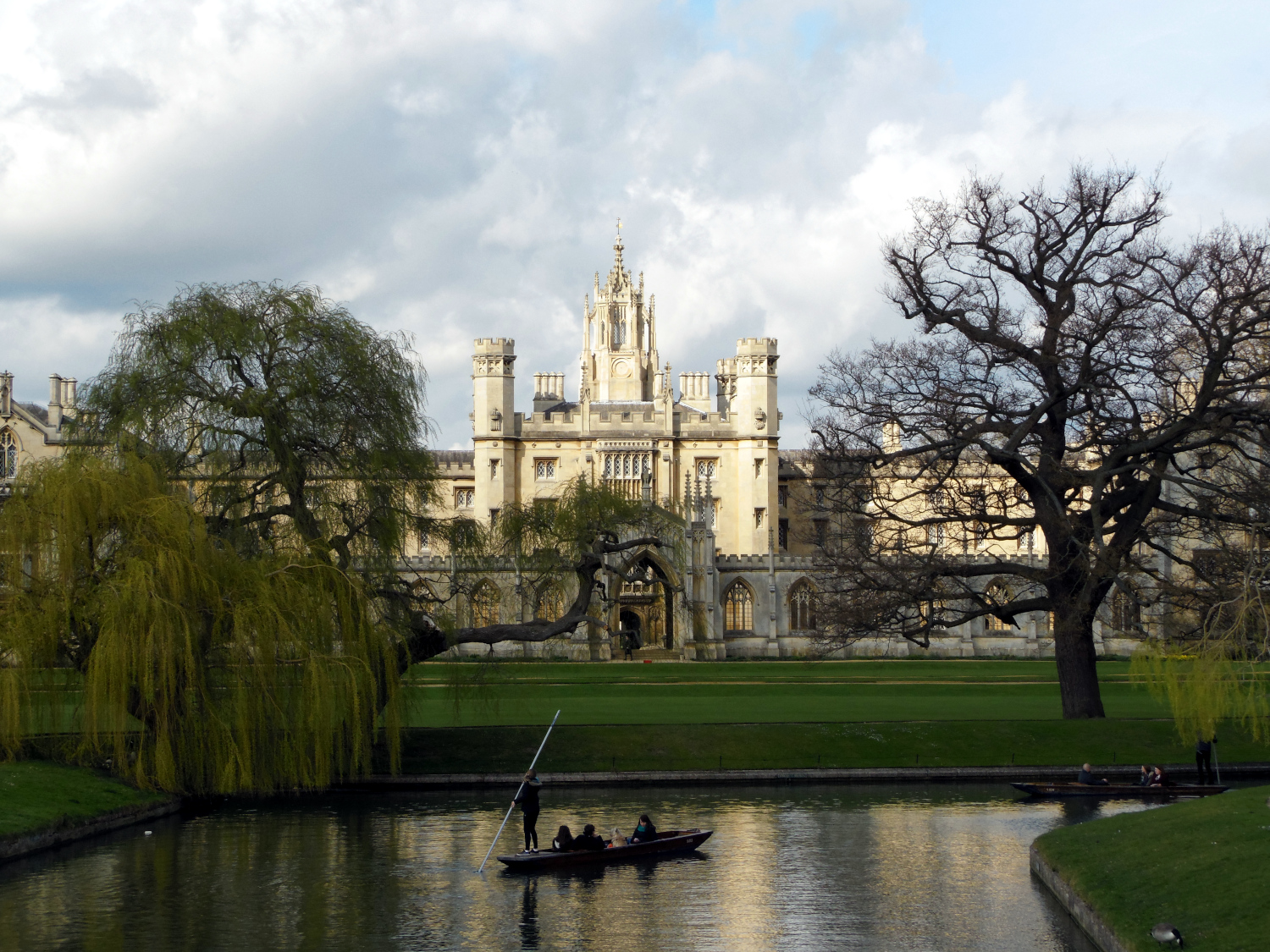 I can't count how many times I've been to Cambridge - I think I took all the relatives who visited me when I lived in Stamford. I went there when the weather was nice, I had a lot of rain and hail with my brother and his darling, I got cold, and hot too. Regardless, life is good in this college town, whatever the weather!

The architecture of the city is simply amazing and well worth the detour: white stone buildings, the river Cam which winds quietly between the colleges, the busy streets at all hours of the day. It’s the kind of city where the atmosphere is relaxed and pleasant. I think this is the perfect destination for a day, although it takes a lot more to see it all. 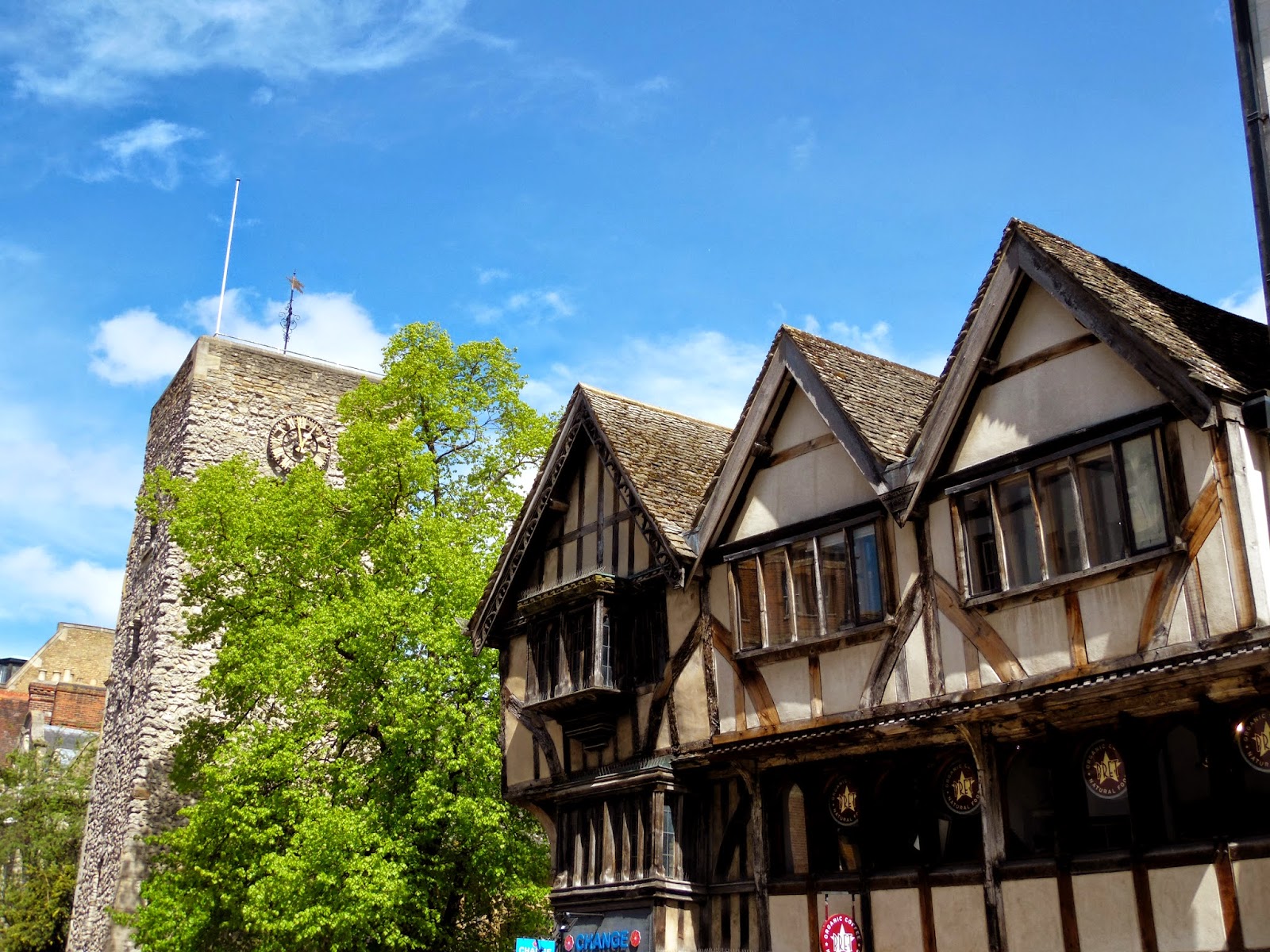 Cambridge's great rival! These two university towns are often referred to as Oxbridge and are built around the oldest universities in England - with over eight centuries of existence! Their rivalry dates back to the 13th century. Each year, the Boat Race pits the two universities against each other in a rowing race that attracts a lot of visitors.

Oxford appealed to me, again with its very medieval architecture. The colleges at Oxford University are wonderful and have left me dreaming. I think it's great that you can visit them, whether you pay or not. What to regret having studied in France and not in one of these sublime faculties, halfway between fantasy literature and reality! 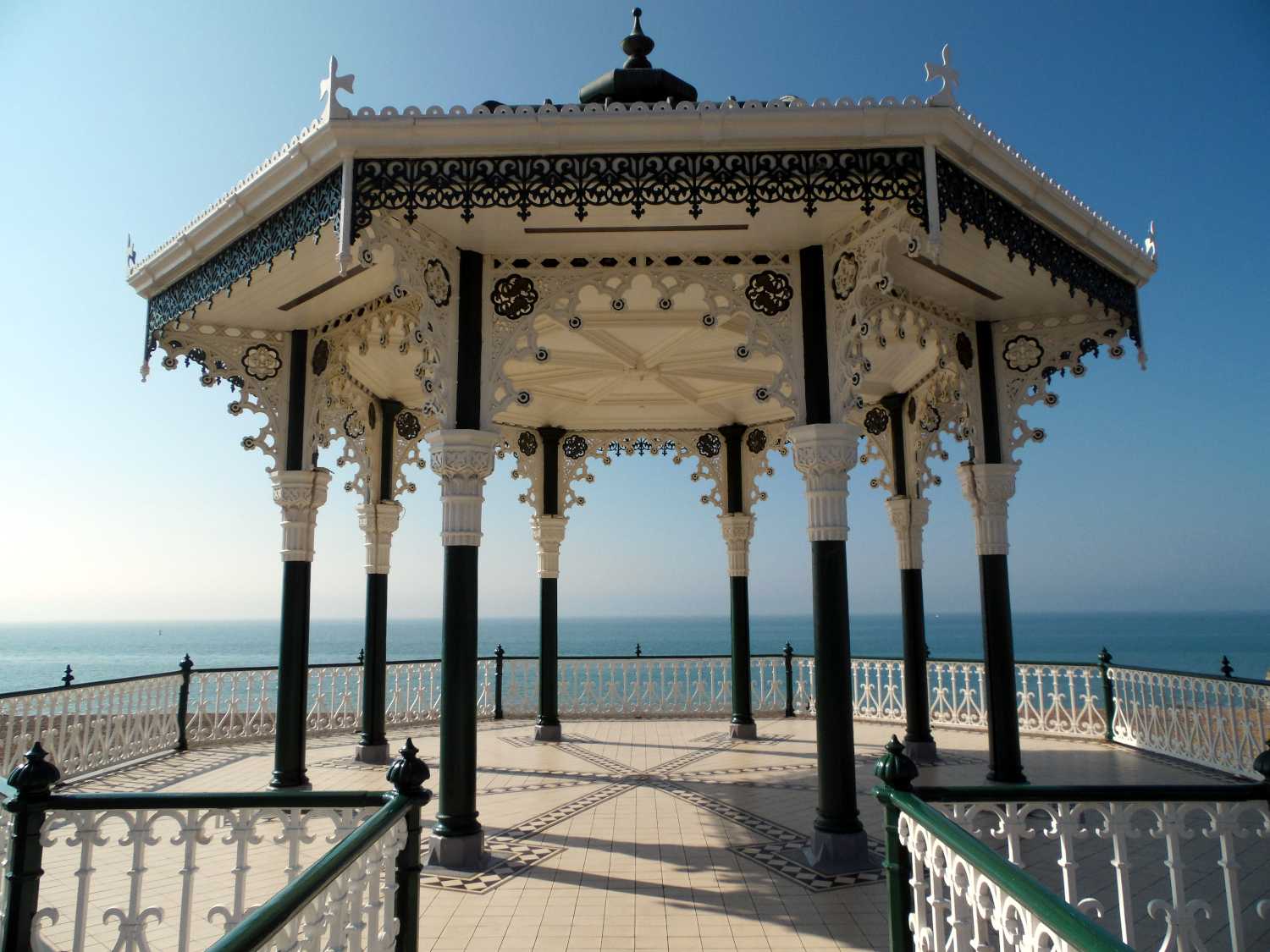 Brighton is the perfect place to escape the hubbub of London. Located barely an hour by train from the capital, this small seaside town has it all! It is good to land on its pebble beach, to admire the reflection of the sun on the ripples, or quite simply to laze around a bit. Just to take the time.

And then, how not to succumb to the charm of its little colorful streets? Everything calls for rest, to admire and to wander! Not only is the city a real HQ for the LGBT + community, it is also THE place to be for vegetarians and vegans. I don't even count the number of signs I drooled over. It was difficult to decide on one place more than another. 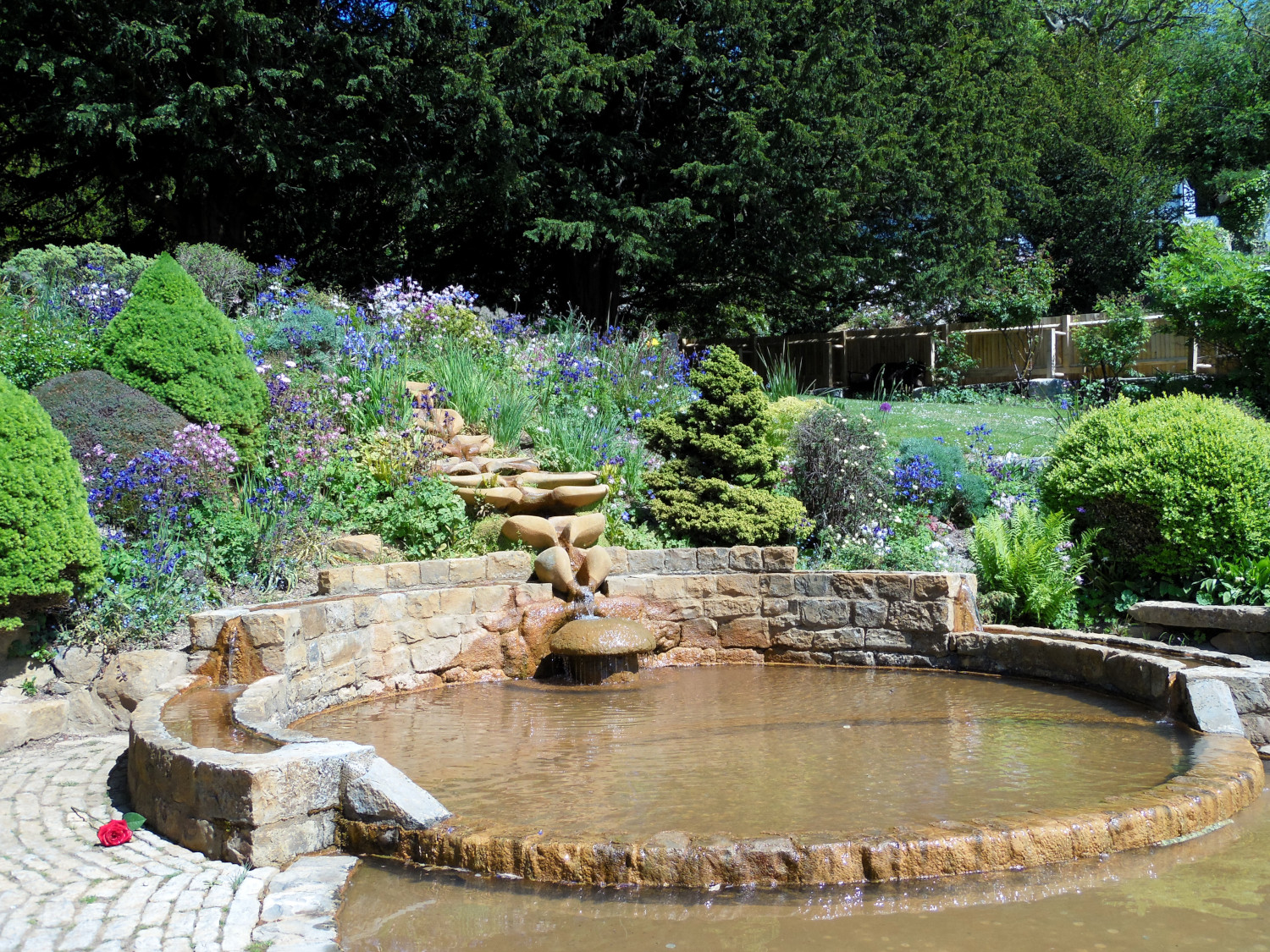 The city is known for its music festival, which attracts thousands of people every year. I wanted to go there for another reason: its link with Arthurian legends, the subject of my Master Research thesis. I was not disappointed: the city has a very special aura, halfway between legend and reality!

I would describe Glastonbury as a timeless city: the residents walk around barefoot and smile at everyone, the esoteric shops are full of books on Arthurian legends (of course!) But also on all the magic and beliefs of the world, and the tourist spots are surprising to say the least (I have a clear memory of Chalice Well!). 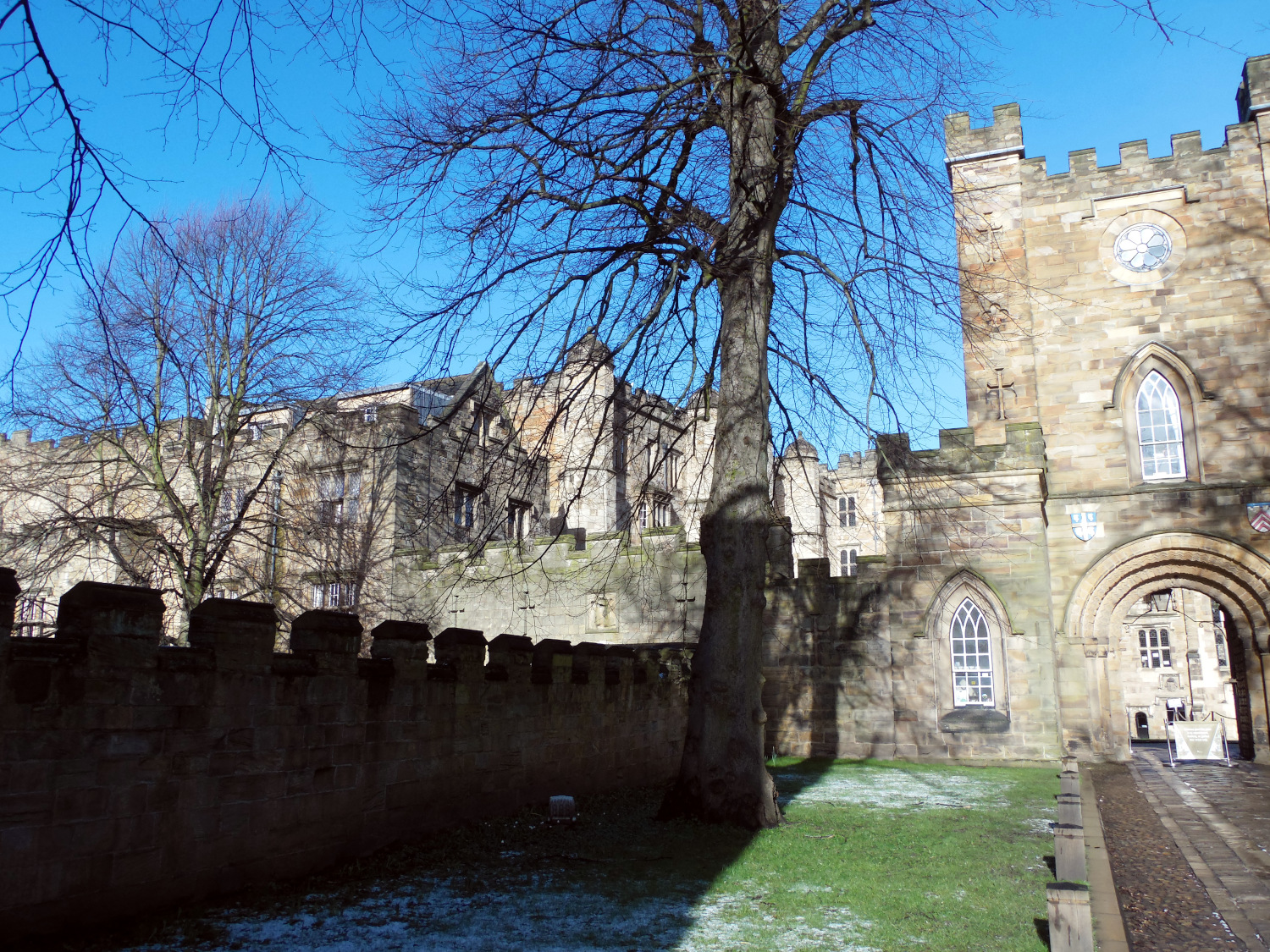 Durham was the third leg of a long February weekend with my friend Sarah. After the disappointment of Newcastle and the mad love for Tynemouth, between rain, storm and hail, a sparkling blanket of snow greeted us in Durham. It was crunching under our feet, our thick scarves didn't keep the tips of our noses from freezing - but what was it beautiful!

My only disappointment was the cathedral. Used for filming some Harry Potter scenes, the cloisters were closed the day we visited. Still, that didn't stop me from appreciating the grandeur of the building and imagining what the places looked like behind a thick stone wall. One thing is certain, I will return to Durham, to better explore every corner! 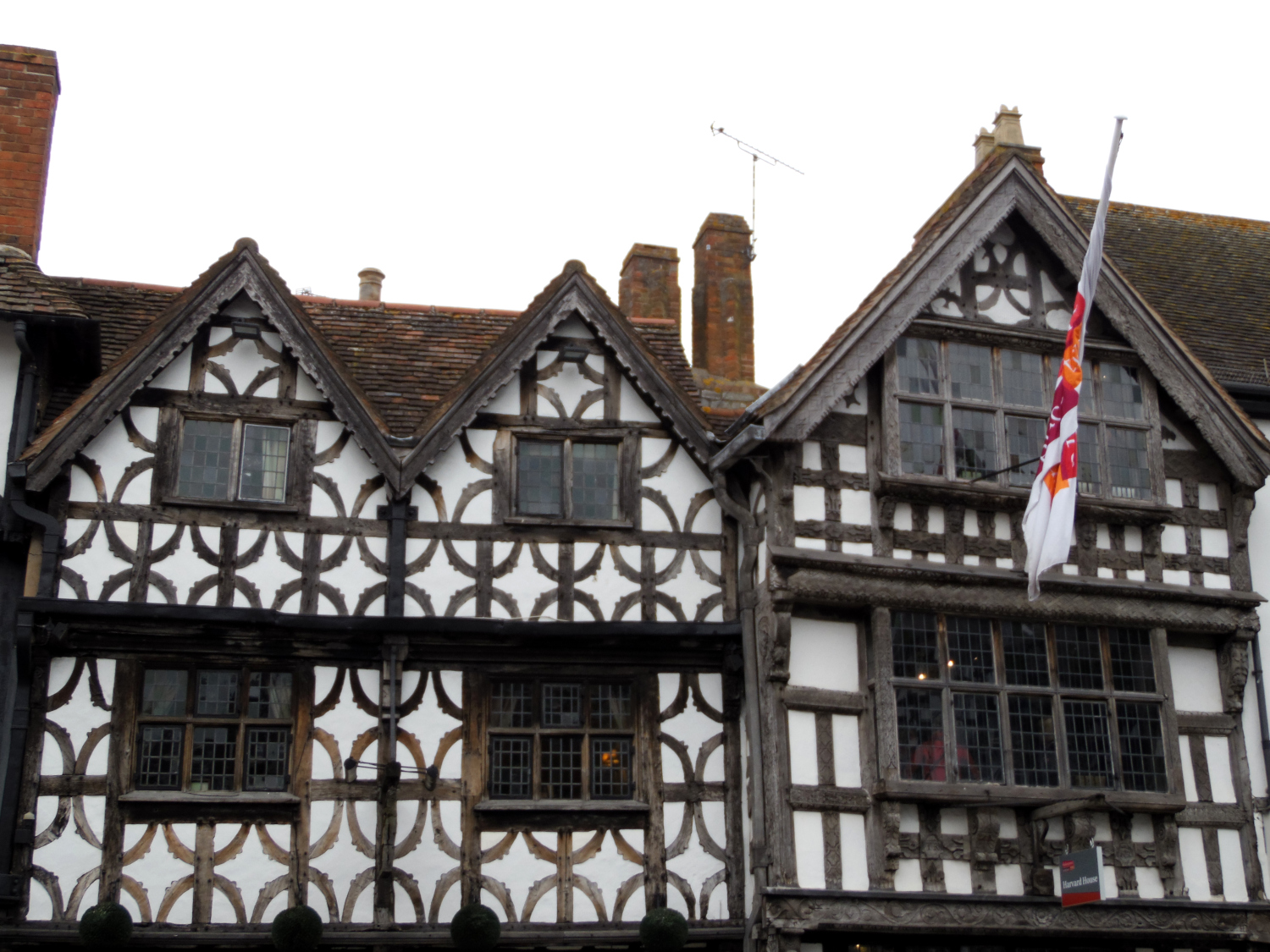 You can't escape Shakespeare by visiting this charming medieval town. Everything bears its mark: the streets, the houses, the pubs. Here, there, you can visit the place where he was born, here, the school where he studied. To the church where he is buried!

I was lucky enough to be able to walk in Shakespeare's footsteps for a day. Even though it was late fall and the tourist spots closed early, that did not detract from my pleasure in discovering more about this renowned literary figure. I had never read Shakespeare before visiting his hometown - I have made it up since then, and dream of returning to the city to continue my visits.

Manchester was one of my two favorites of 2019. It was not love at first sight - I had to walk the streets with a friend to be able to appreciate it at its true value and to want it. to go back. Still, it’s a worthwhile city where I’m glad I was able to spend a long weekend.

I've been there three times this year, always with the same thirst for discovery. A quick tour of the Northern Quarter to discover the latest novelties in street art, an extra visit to the libraries, a little shopping or just a few wanderings along the streets. A top schedule! 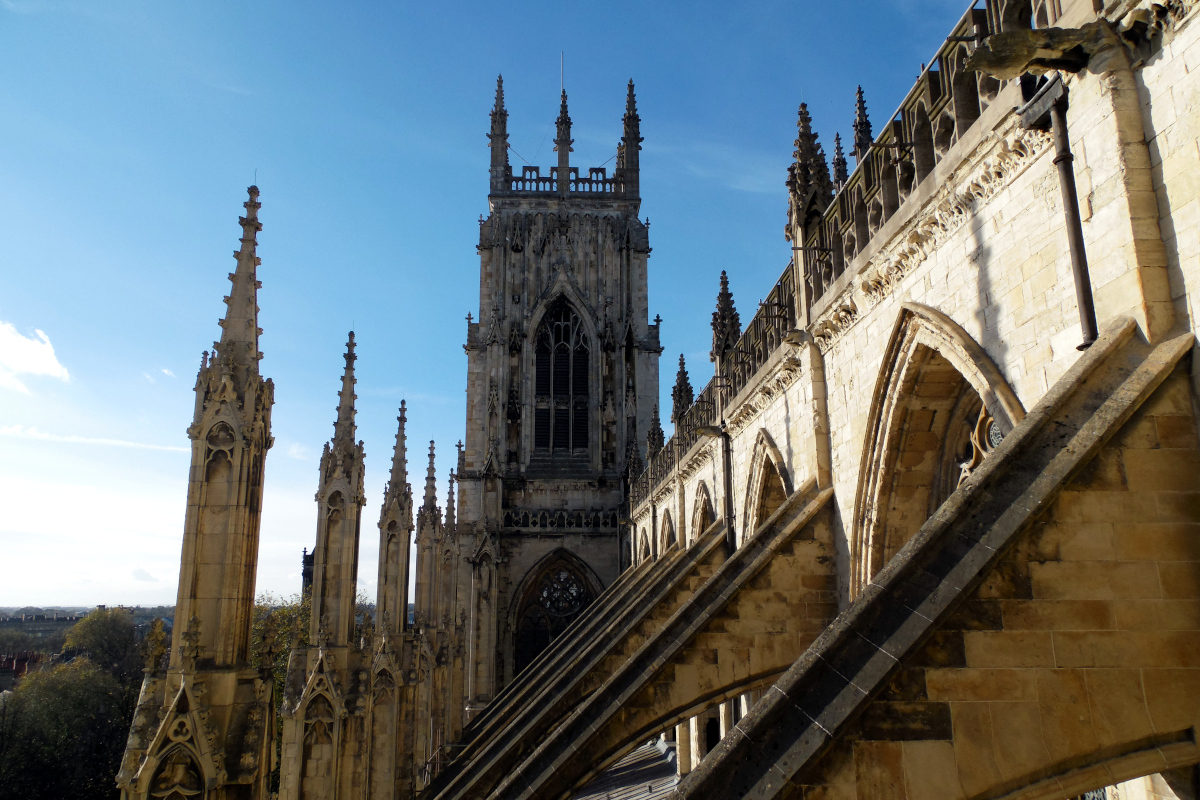 Impossible for me not to include the sublime York in this top 12! Living there for a year didn't even allow me to explore every nook and cranny of it, but it didn't take long to fall in love.

There is so much to do in this small town, but above all, so much to see! Exploring the history of the city is a great way to begin to understand the architecture, very marked by the Roman period, the Vikings and the Middle Ages. Museums are great for that! There is also no shortage of places to eat and drink - there's plenty to choose from.

My favorite weekend activity was wandering the streets aimlessly just to take the time to breathe a little. It's a real love story between this city and me! 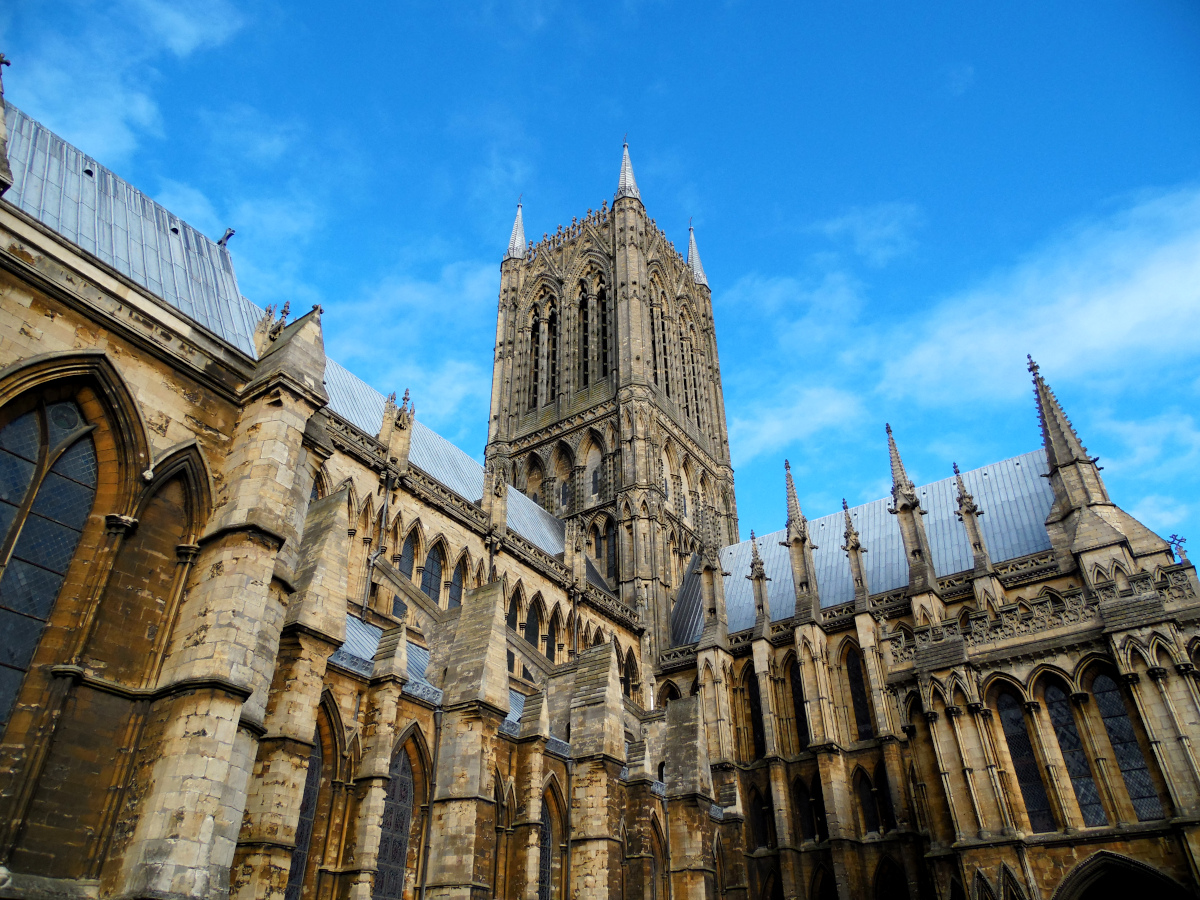 I lived in Stamford, Lincolnshire for three years, which gave me the opportunity to go to Lincoln on several occasions (including one for the Christmas market!). This city was on my to-see list since my Research Master since some manuscripts that I have studied are kept there, well away from curious eyes.

It is a city, once again, with a strong medieval character. The atmosphere of the Middle Ages is truly present in the streets, in the architecture and in the half-timbered houses (but without the foul smells and filth of the streets of the period!). The cathedral itself is worth a visit: it is sometimes open for free elsewhere (especially for the Christmas market)! 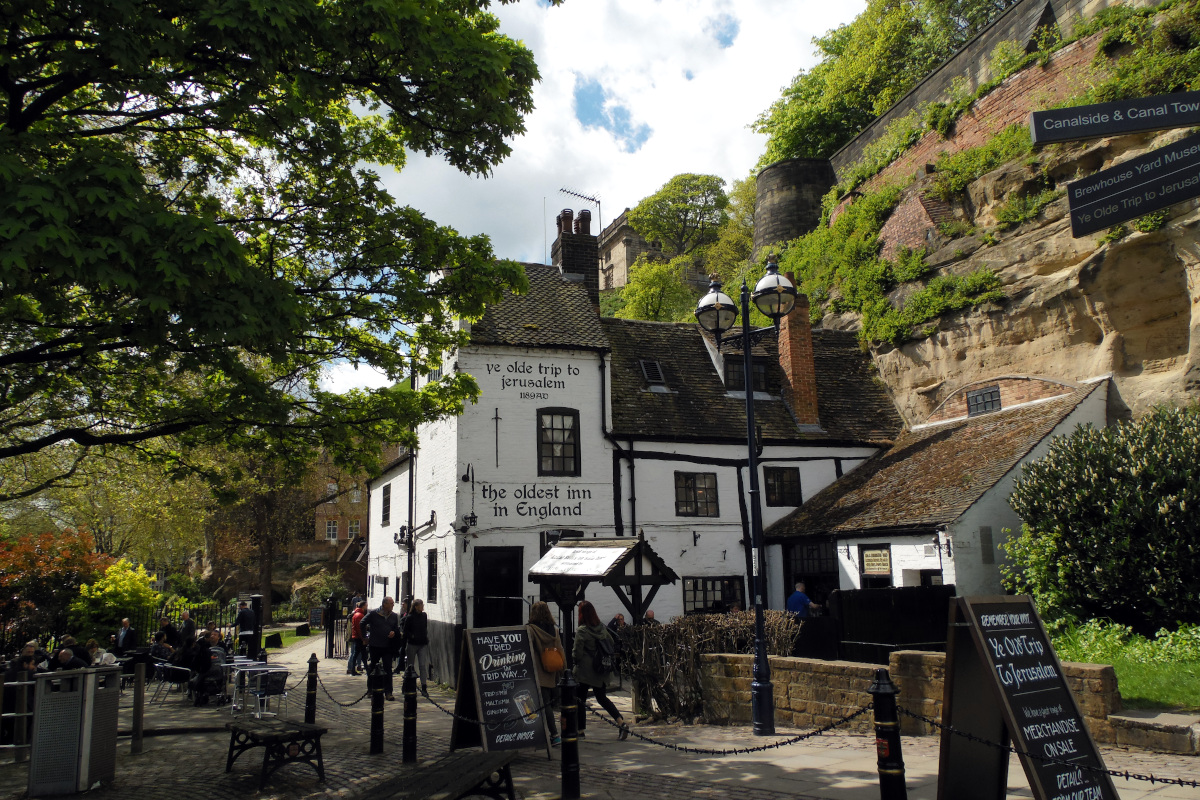 My first time in Nottingham was for a weekend with my roommates. I had just arrived in England and we wanted to bond. So it was on the benches of the Capital FM Arena that we listened to James Blunt, before taking advantage of the weekend to explore the Christmas market and the museums.

I have been back since, with my parents. The weather was fine and we had had a day to do some sightseeing and take advantage of the beautiful spring weather. I have fond memories of our wanderings in the streets, around the castle in search of the famous outlaw, enjoying the green grass and the blue spots formed by the Forget-Me-Not. I plan to go back there in the coming months, to visit some friends who have recently moved there. In the meantime, the city has quite its place in this modest ranking. 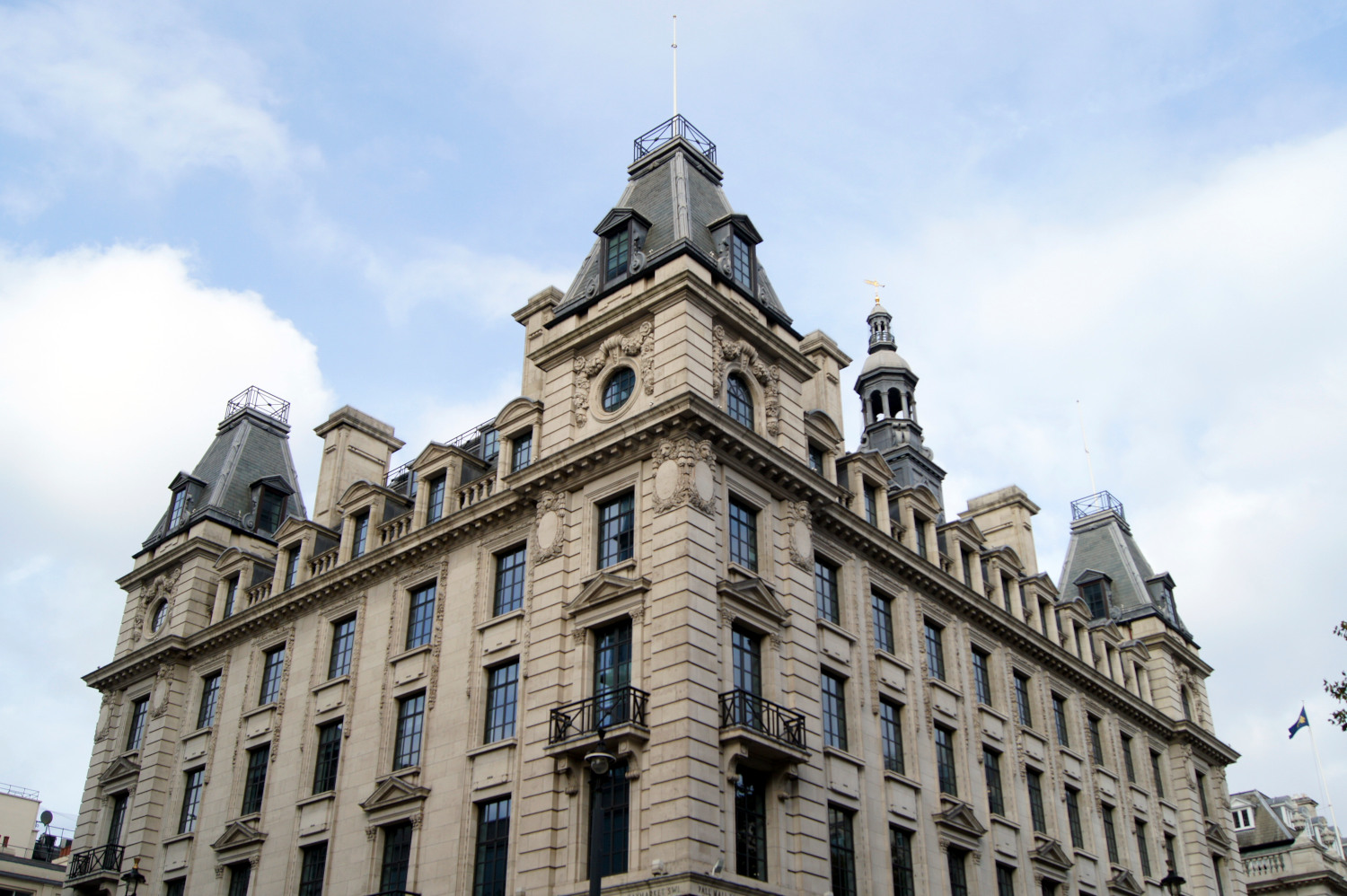 The English capital had to be among this selection of 12 of the most beautiful cities in England because yes, I find it superb. There are so many things that catch the eye in London. It's not my first visit to the city anymore - by force, I lost count - but every promise of a weekend in the capital fills me with joy.

Because it is a superb city, full of architectural gems, expected or more unusual. And what about all there is to do? Each of my visits is an opportunity for me to discover a new part of the city, until then little known or totally ignored.

The city is motley. How can you resist the natural beauty of parks? to the architecture so typical of Parliament? the age of certain monuments? to the delicacy of the statues scattered throughout the city? In short, absolute no-fault in my eyes.